The right way to walk your dog…..nCamp loves our furry friends

Enjoy the great outdoors with your best friend……

Walking your dog seems simple enough—it’s just you, your pup, and the great outdoors. But without the right equipment and approach, a much-anticipated W-A-L-K can be disappointing.

Get some good gear

Search for “walking a dog” online and you’ll find pages of photos with people holding leashes attached to a collar around a dog’s throat, which is exactly what the experts we spoke to advise against.

“I’m not a big fan of anything around the neck that’s pulling,” says Anna Mynchenberg, a manager at Bark, the company behind BarkBox. “I can’t imagine having any pressure on my neck, so I wouldn’t want to do that to my dog.”

There are simply too many reasons your furry best friend might pull on the leash, pressing the collar against their windpipe, says Kate Perry, a dog trainer based in New York City. That could choke them or, in a worst-case scenario where they leap off a bridge, leave them dangling by their neck.

You can avoid potentially strangling your dog by buying a harness. There are many to choose from, including models that can help keep an eager canine from pulling on the leash. Mynchenberg, who has a master’s degree in human-canine life sciences from Bergin University of Canine Studies, says she likes harnesses with handles because they offer an easy way to grab and hold your pet.

Going a little deeper, if your dog is stronger than you, or if you’re training a puppy, consider a front-clip or no-pull harness. Leashes that attach at the back of a dog’s shoulders only reinforce pulling, Perry says. But fasten one to the front, and it’ll block much of your pup’s power and keep them from yanking, she explains.

Before you strap on a harness, though, Perry recommends taking a few days to familiarize your dog with the equipment, as they may not be comfortable with it at first. That means creating positive associations by putting it on and taking it off multiple times in a row while giving them treats, and buckling them in during meals and playtime.

A leash that lets you maintain control

For most, if not all, of the time you’re walking your dog, your hand will be holding a leash—so get something comfortable. “You want something you can really grip,” Perry says. For a medium-size dog, she suggests a ½- to ¾-inch-wide nylon leash. Try rope-style leashes for another option.

Perry’s ideal leash is 6 feet long with three sets of knots along the length to use as grips if your dog pulls away from you (also the perfect length to help you keep proper social distance from anyone you walk by). If you don’t want to knot up your lead, you can buy a leash that has two or three loops sewn in.

A waist leash is another option. Mynchenberg says she likes these because they allow her to keep her hands free to work on training or simply enjoy time with her dog. Perry, however, isn’t a fan of these, as your dog could pull and injure you. Ultimately, it comes down to how well you know your dog and how well you’ve trained them, she says.

Another note: Don’t get a retractable leash unless you’re going to spend a lot of time roaming parks, beaches, or hiking trails, where you can let your dog run relatively free. On city streets, they can be more trouble than they’re worth. For one, you don’t really have control when you let the leash spool out, and while you’re supposed to be able to reel it back in, they sometimes malfunction. Perry has also seen unsuspecting pedestrians walk into leashes linking dogs and owners that are far apart.

A harness and leash are the bare minimum you need to walk a dog, but you should bring a bunch of bags along to pick up your pup’s poop, too. Don’t forget treats, either, especially if your dog is highly motivated by snacks, like Mynchenberg’s two boxers, Hercules and Denver. “If they want that squirrel, you have to have something better,” she says.

And if you like to accessorize, consider a fanny pack. They can hold treats, your phone, your keys, and whatever else you normally would’ve shoved into your pockets or carried in your hands, Mynchenberg says.

Plan when to walk your dog

Depending on your dog and the reason for walking, you should hit the street one to four times a day. That could include one long exercise trek, two shorter workouts, and/or bathroom time. Mynchenberg suggests heading out in the morning or evening to avoid midday heat and traveling less-crowded paths to avoid overstimulating your pup. These numbers may vary depending on your pet’s age and energy level, as well as whether you have a fenced-in yard.

As soon as the leash is on, decide which side you will keep the dog on for the duration of the walk. “If I’m walking with a child, I won’t let them zig-zag around, but will hold them in my left or right hand,” Perry explains. “You’re loving your dog by giving it some order.” Stop to reposition them if they wander astray while you’re moving. It’s also important that if multiple people are taking the dog out, they all maintain the same basic procedures, Perry says.

Think about the route

In short, don’t walk your dog on hot surfaces. If you can’t touch the ground with your bare hand or step on it with bare feet, it’ll hurt your pet, Perry and Mynchenberg both say.

Beyond that, though, the preferred path depends on the dog. Among Mynchenberg’s companions, Denver will walk on anything because he’s had a lot of experience getting to know different environments. Hercules, on the other hand, took a long time to walk over bridges. If something is new, dogs sometimes respond with fear or hesitation—so if they’re not a fan of what’s around them, you’ll know, she says.

Pick up your dog’s poop

That’s it. That’s the tip. Don’t let it decompose in nature or “fertilize” someone’s yard. Send it straight to the landfill.

Keep your dog’s pee away from people

Generally, try to find a grassy area or curb for your dog to urinate on and stick to it. Ideally, you’ll want to train your dog to pee in one or a few spots and keep them away from hosing down anything people might touch or pick up, including trash cans, Mynchenberg says.

If your dog has a high prey drive, anything that moves quickly will spark excitement, Mynchenberg says. Having the right equipment is one part of the solution, but training is the other. For example, Mychenberg’s dog Hercules will react to people and other canines, so they taught him to heel to her right side. He knows this means treats, pets, and praise, so he responds to the command well, she says.

You should also train your dog to look back at you every time they see a squirrel or something interesting, to essentially ask permission to investigate. Whenever your pooch does so, you’ll want to reward it, Mynchenberg says. She explains that every time Hercules sees a person, he checks in with her.

If your dog isn’t well-trained yet, it’s important that you understand their triggers and how much they can handle stimulus-wise. Know what to look for and keep an eye on your surroundings so you can manage any potential problems before the situation escalates, Perry says. Cities like the one she lives in are full of distractions, so she likes to stand between two parked cars and do command training to get the dog she’s with to focus on her and ignore whatever’s whizzing by.

Once you’ve established a solid walking regimen, it’s good to keep things interesting. “Dogs will find something to sniff even if the path is familiar, but it adds that extra layer of excitement if you go somewhere new,” Mynchenberg says. If you’re still training your dog, however, stick to a route your pup is used to, which limits distractions.

Understand the risks of exercising with your dog

You may be a marathoner or an expert cyclist, but your dog may not be (we’ll bet they can’t even ride a bike). “Just like humans have to work up to running or exercising, dogs do, too,” Mynchenberg says. “You’re not going to be setting any personal records on your dog’s first run.”

If you do exercise with your dog, pay attention to them and make sure you meet their needs first. That means running when it’s cool out, bringing a bottle of water to keep them hydrated, and taking frequent breaks. After all, a dog’s normal body temperature is a few degrees higher than a human’s, and they’ve got a full suit of hair. “Imagine having a fever, with a coat on, and running,” Perry says.

Riding a bike with a dog is more complicated because wheels move faster than legs (even four of them). Any ride you take will have to be fairly leisurely. There’s also the risk that your dog pulls the bike off balance. But before you even get on a bike, you’ll want to make sure your dog is used to being near them. A good way to familiarize them with the machine, Mychenberg says, is to walk them next to it. To avoid having to hold anything while riding, you can get a bike seat attachment that connects to your dog’s leash.

Be careful when going off-leash

Before you set your dog free, make sure you know the leash laws in your area. Many places require dogs to remain linked to their humans at all times. You’ll also want to have rock-solid commands that will make them come to your side immediately, stop what they’re doing, and drop animals and objects they’ve picked up, Perry says.

Both Perry and Mynchenberg stress that enclosed areas, like a dog park or fenced-in yard, are most ideal for off-leash sessions. That goes for well-trained dogs, too, because once you take the leash off, a lot of factors will be beyond your control. Even wide open areas like beaches and parks are risky because your dog may encounter an unexpected trigger or unseen danger, says Perry, who has also authored the book Training For Both Ends of the Leash. In such situations, it’s crucial to have a deep understanding of your pet and a learned list of commands.

Cool down after the walk

Once you get back home, you can flop down and relax or try to squeeze a little more productivity out of your pooch. When a dog is calm and tired post-walk, Mynchenberg likes to take advantage of that time to work on essentials that are tough when a dog is amped up, like crate training.

Not every walk is going to be perfect, but if you have a plan and know what you and your dog want to get out of it before you go, each one will be better than the last.

Written by John Kennedy for Popular Science and legally licensed through the Matcha publisher network. Please direct all licensing questions to legal@getmatcha.com. 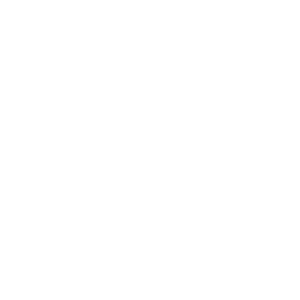